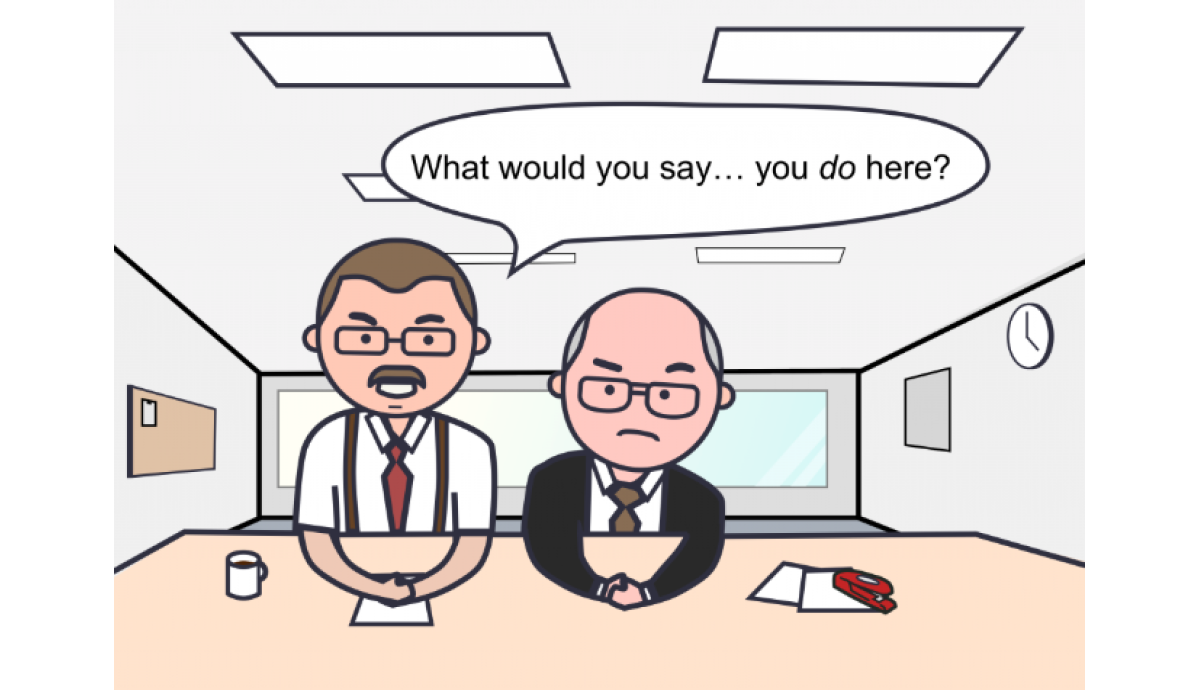 Reflections on a red stapler: How office life shattered the illusions of Office Space

“Human beings were not meant to sit in little cubicles staring at computer screens all day, filling out useless forms and listening to eight different bosses drone on about mission statements!” – Peter Gibbons

Human beings were not meant to sit in little cubicles staring at computer screens all day, filling out useless forms and listening to eight different bosses drone on about mission statements!” – Peter Gibbons

Ahh Office Space. The 1999 comedy cult classic that so perfectly depicts the monotony of doing work that you absolutely do not want to do. It’s a movie that I had taken to heart over the course of the year, using its dry humor to power through certain courses at school that perhaps I could have done without.

Soon after completing my school year, I began an internship here at Jonar – my first real office job. A few minutes into my first day, I could not believe my eyes. There I was, sitting in my little grey cubicle, staring at a computer screen, filling out government employment forms, and listening to management talk about the company’s values. I was personally living out the sequel of my favorite film!

But thankfully, my time working in a real office space could not have been more different than the preconceptions provided by the movie. Instead of living a nightmare in which every single day would progressively become the worst day of my life, my first office space experience offered a meaningful experience where coming to work does not represent all that is soulless and evil.

An opportunity to do meaningful work

“Well see, they wrote all this bank software, and to save space, they used two digits for the date instead of four. So, like, 98 instead of 1998? Uh, so I go through these thousands of lines of code and, uh... it doesn't really matter. I don't like my job, and I don't think I'm gonna go anymore.” - Peter Gibbons

Work sucks. Very few people in the world seem to enjoy working for the sake of working, especially when “work” means completing a series of menial tasks over and over and over again.

Not at Jonar. At Jonar, everyone seems to more or less like their job, dare I say even love their job. Rarely, if ever, do people carry out a series of mind-numbing tasks. And, despite being “the intern” who typically would bear the brunt of menial and repetitive work like fetching coffee and shuffling paper, I was treated as a valuable member of the team, taking on a diverse range of meaningful and challenging tasks that directly contributed to the success of the company.

The only thing worse than having your job drive you insane is having everyone around you doing the same. Annoying co-workers and brutal bosses can make you feel like it’s you against the world in the fight for happiness.

Yet they can also do the opposite. Our team at Jonar transforms day-to-day laboring into something special. We carry with us a shared sense of core values, a genuine care for each other, and a desire to actively help each other in our mutual quest to create something greater than ourselves. Plus we have a blast hanging out together, boss included, who lives up to everything that Michael Scott aspires to be. (Sorry, wrong Office)

Peter Gibbons: The thing is, Bob, it's not that I'm lazy, it's that I just don't care.

Peter Gibbons: It's a problem of motivation, all right? If I work my butt off and Initech ships a few extra units, I don't see another dime, so where's the motivation?

Office Space was a successful movie because it resonated with a workforce that found itself trapped in trite and meaningless lives. At Jonar, we recognize that millions of people around the world sit in front of screens and use horrible soul-sucking ERP software systems every day. In fact, it’s often these ERP systems that make work-life the misery portrayed in Office Space.

So we’re trying to help. We’ve developed a software product that is pretty awesome. Together, we are not working meaninglessly in an office. We are working to make people’s everyday lives a little less insane and a little bit less mundane: a pursuit that would make Peter Gibbons proud.

While Jonar may be an office space, unlike Office Space and a lot of other offices around the world, it has defied the stigma of office work in my eyes. I have yet to set the building on fire, destroy office equipment, or try to steal hundreds of thousands of dollars out of spite. Rather, during my time here, I have learned a lot, met some awesome people, and worked on real projects that I actually feel help a lot of people. For an office job, I’d say that’s pretty cool.