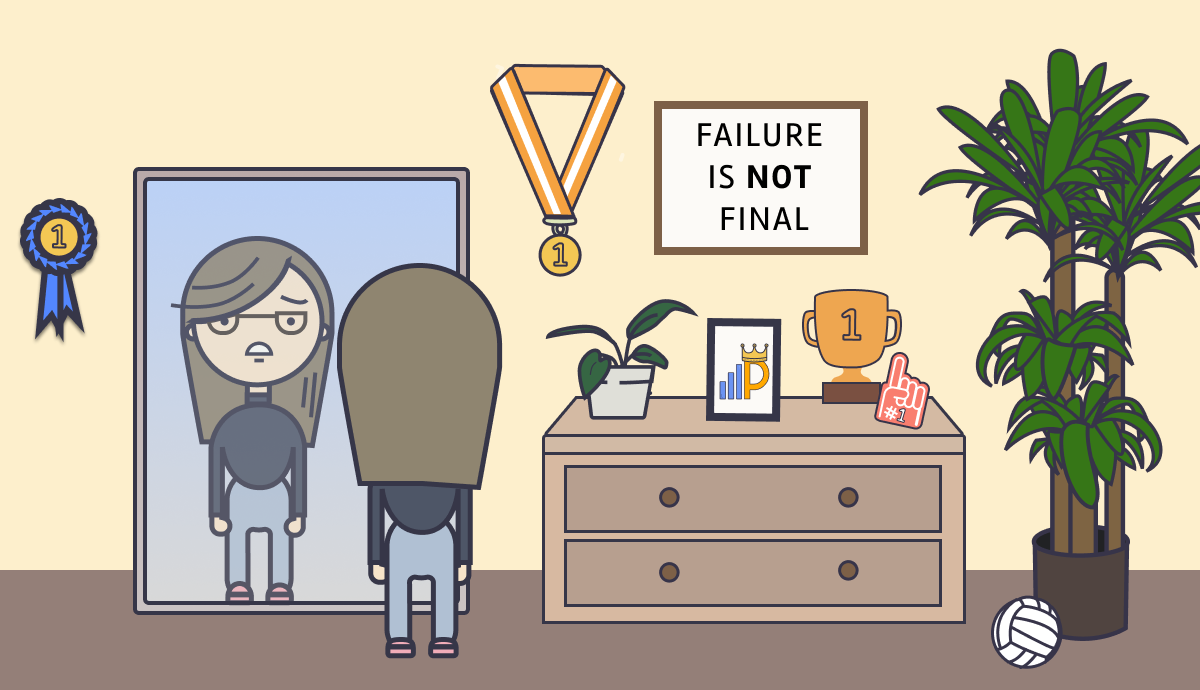 This is the story of how, just six months after graduation, I became the Senior Manager of a team of 10 business analysts - all of whom had more experience than I did. As if that wasn’t daunting enough, there was a person on the team who constantly doubted my capabilities and underestimated the value I brought. That person was me. And that's how my relationship with impostor syndrome began.

This is the story of how, just six months after graduation, I became the Senior Manager of a team of 10 business analysts - all of whom had more experience than I did.  As if that wasn’t daunting enough, there was a person on the team who constantly doubted my capabilities and underestimated the value I brought. That person was me. And that's how my relationship with impostor syndrome began.

But first - what is impostor syndrome and who is affected by it?

The impostor syndrome was first described by Dr. Pauline Rose Clance, a psychology professor who studied the phenomenon.

For people suffering from impostor syndrome, even though they are often very successful by external standards, they feel their success has been due to some mysterious fluke or luck. They are afraid their achievements are due to “breaks” and not the result of their own ability and competence. They are also pretty certain that, unless they go to gargantuan efforts to do so, success cannot be repeated. They are always afraid that next time, they will blow it.

Dr. Clance found that impostor syndrome is quite common: according to her studies, 60 to 70% of us will be affected by it at least once in our lifetime. However, this feeling specifically targets clever, high-performing, smart people that are aware of their limits, but who suffer from low self-esteem. According to Dr. Christophe André, a French psychiatrist, impostor syndrome is one of many symptoms of low self-esteem - and unfortunately, no vaccine has been developed for this yet!

The paradox of this phenomenon is that the impostor syndrome usually appears whenever we encounter some form of success...

My experience with success & perfectionism

So, a little bit about me - I thrive for excellence. I thrive when I know I am succeeding. And success was always defined by external recognition. Good grades at school, medals in sports competitions, awards for community engagement. Call me a perfectionist, ambitious, type-A, overachiever, go-getter, hustler... I’m good with that. But on the flip side, I’m also insecure. And learning to live with that is way harder than learning how to get an A+.

But in a professional landscape, and especially when managing a team, success is much harder to evaluate. When I was promoted, relationships with colleagues (who were also friends) changed and had to be navigated differently. Asking good questions and meeting deadlines was no longer enough because I had to come up with the answers and set the deadlines. I was now part of everyone’s success; if anyone in the team was failing, I felt responsible.

These challenges were ones I thought I’d take in my stride and master. But learning the ins and outs of managing humans doesn’t come easy - there are 101 nuances to the skill. It isn’t one you traditionally just “succeed” in. So, in this scenario, being a perfectionist was no longer helping me - it was feeding my feeling of failure. The same narrative played on repeat in my mind:

Being successful had always come with its own set of compromises - working hard, sleeping later, missing out on social activities - but the challenges and self-doubt that impostor syndrome brought with it were relentless.

Needing to be liked

People suffering from impostor syndrome usually have a distorted vision of how other people see them. Truth is, we are often projecting what we think of ourselves on others, without realizing it. Do you think a team member is unhappy with your ideas? How about you are unhappy with your idea?

Whenever I would end a meeting or a conversation with someone, I would automatically start asking myself a ton of questions: “Do they like me?” “Do they have a good impression of me?” “What do they think of me?” I kept trying to put myself in their heads, trying to figure out whether he or she liked me, believing that being liked was personal and professional validation. But in truth, this exercise is emotionally draining and had me focusing on all the wrong things.

When I realized that these questions were preoccupying me to this degree, I also wondered why I wasn’t asking the same questions of my peers, “Do I like them?” and “Do I respect them?” These were thoughts that rarely crossed my mind.

Comparison is the thief of joy

Our team at Jonar is awesome. Not only are they smart and hard-working, but they are always willing to go the extra mile for a team member in need.

They are great... so great... so much greater than me... I  found myself wondering if one of my team members would be a strong manager and could better solve all the problems I was experiencing. Another colleague was so efficient in their work. And then there was someone with amazing ideas - ones I could never think of! So, how come I was the manager? Was I a fraud?

Feeling like everyone else is more capable than you is quite a common feeling for people suffering from impostor syndrome, as I’ve learned. Comparing myself to others always led me to devalue my qualities and my success.

Though I had been continuously aware of this voice inside my head, I benefited from external recognition from peers that helped me banish impostor syndrome and get on with my work… until we started working from home. Even with the endless efforts of our Happiness Hero to make WFH as enjoyable as possible, nothing replaced a good laugh around the coffee machine, or the daily walks to the subway to realign my compass and make me feel accepted and appreciated. Alone in my apartment, always second-guessing reactions in Zoom meetings or Slack emojis, that little voice became too loud to ignore. The self-doubt was overwhelming and I had to check myself back to reality. After some reading and introspection, I found that the following tips helped me stop letting these feelings have power over me.

Here at Jonar, we are lucky people. Team recognition is so strong, we often have back pains from all the pats in the back we give and get!

My new go-to strategy: try to stop the diminishing voice inside of me and start saying a simple “thank you.”

Here, the idea is to stop going after something that you would never be. Which aspects of you are worth improving, and which ones should you make peace with?

This is what is so great about being part of a team like the one we have at Jonar. We are here to cover each other’s weaknesses… without thinking any less of each other for having them.

Tip #3: Be smart with your goals

I was talking with a friend the other day about our long-term career goals and I said “I don’t know exactly what I want to do, but I want to be… big, you know?” Laugh at me all you want…

I realized that having non-tangible goals means that I am constantly putting myself in a position of failure. People suffering from impostor syndrome, as well as perfectionists, are running after THE big success that would deliver them from feeling like an impostor. Needless to say, this moment rarely comes.

Setting SMART goals (specific, measurable, achievable, relevant, and timely) may be something you heard about in business school and never used, but now might be the time to put it to use.

Tip #4: Overcoming the need to be liked

For many years, I was trying to convince myself that I deserve it. Deserve my grades, deserve my position, deserve my responsibilities. I was doing that by mentally keeping a list of my accomplishments, my rewards, or any external sign of recognition. I can tell you that never worked.

In the meantime, focus on owning your strengths and doing a good job - which I am sure you already do!

For people suffering from impostor syndrome, the little voice inside our heads will always be there. I am not aiming to get rid of it - it's part of what makes me human! Being aware of it, and the damage it can have on my mood and my work, will be a life-time work in progress… and that’s okay. Simply acknowledging impostor syndrome and incorporating the tips above helped me refocus on the right things and improve my relationships with my coworkers - and myself. I know that wherever I end up, both professionally and personally, this feeling will stay with me, but I'm happy to say that with each passing day, I’m adding new tools to my toolbox to help me live with it!

The Secret Thoughts of Successful Women: Why Capable People Suffer from the Impostor Syndrome and How to Thrive in Spite of It, Valerie Young, Crown Business, 2011.