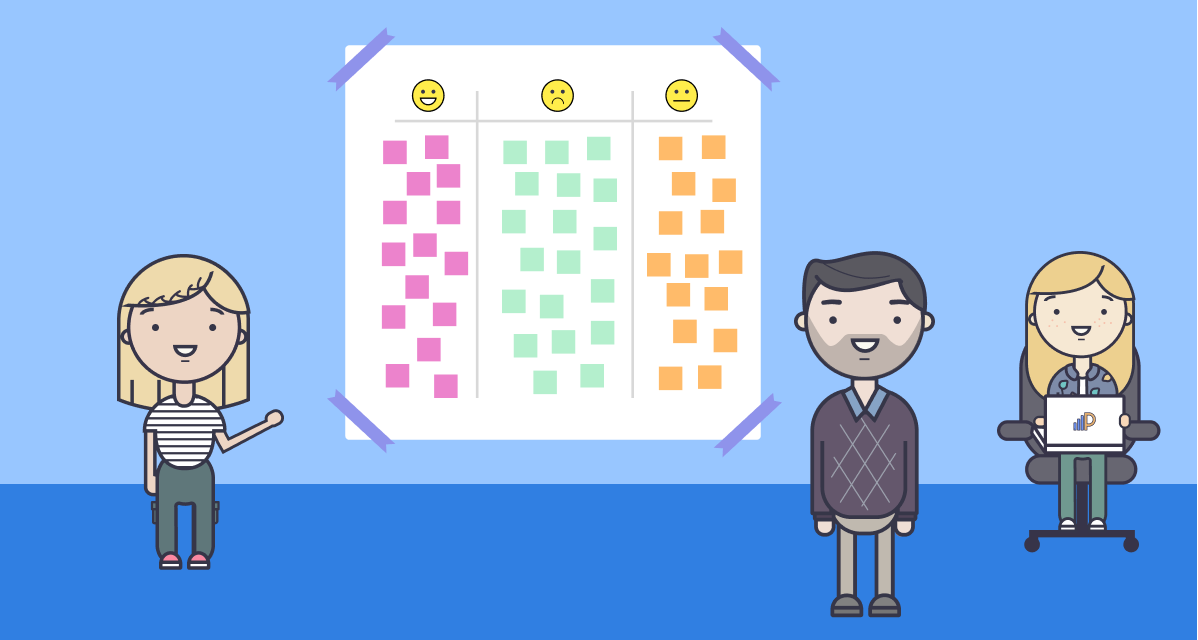 The robustness of the Retrospective: An unexpected and mainly undiscussed outcome of scrum

I am not writing this as an ode to extoll the virtues of Scrum - those have been thoroughly covered by everyone else. I want to focus on one part of the Scrum: The Retrospective.

Since a young age, I have adhered to something I learned from a Walt Whitman poem I read many years ago: “you shall listen to all sides and filter them from yourself.” So as the tsunami of recommendations to follow Agile Scrum washed over the software industry, I did my homework and was skeptical before jumping in and having our team use it. I was concerned about the singular focus on the myopic view only looking at the near term. I was concerned about the stress on the team of constantly moving the finish line backward. I was worried about the lack of strong leadership which is replaced by the weaker role of the “Scrum Master.”

But, after working with the team to get buy-in and making some small adjustments to tailor fit the Scrum process to us, we launched our first Sprint. The first few sprints were a bit messy and I kept thinking of that scene from the Holy Grail with the rant about the castle falling into the swamp. Eventually though, the process yielded all of the promised benefits. The team really took ownership of their work. The speed of high-quality product coming out of the software factory really took off. The stand-ups really did head off problems earlier and gave the team opportunities to help each other. The poker sessions helped us get a much better handle on how much effort a task would require.

I am not, however, writing this as an ode to extoll the virtues of Scrum - those have been thoroughly covered by everyone else. You can find an amount of content that approaches infinity on why you should use Scrum, how to get started with Scrum, how Scrum can be used in many industries, and generally how Scrum can save the universe. I want to focus on one part of the Scrum: The Retrospective.

Before you tune out because there has also been a huge amount said about the sprint retrospective, read a bit more because what I want to raise is not how to perform a retrospective but rather the benefits of doing it over and over again.

It isn’t sexy but there is an almost inescapable momentum of making small but significant improvements every two weeks for 150 iterations. So many of us look for the big quick win. We are obsessed with shortcuts and simple solutions to solve massively complex problems. Somehow we think that situations that have persisted for years and decades, despite our best intentions, can be fixed cleanly in a matter of minutes with a 3 point plan that will fit in a half-page executive summary. The truth is that sustained effort to plan, execute, follow-up, and then repeat the iterations builds a far better and more robust solution.

Another way of putting it is that the real benefit of Scrum is achieved in a marathon rather than the Sprint. Sure, we rush to complete our goals on time, excluding distractions in the pursuit of the two-week finish line. But the real value is in rinsing and repeating while still trying to improve the process. If each time you try to walk away with a small number of applicable lessons and then track in the following Sprint whether you applied the learnings your improvement is much more sustainable than you could have imagined.

In our retrospectives, we do some things that I feel are of great value. First of all, we make a specific effort to collect commentary throughout the Sprint to raise in the retrospective and then walk into that group meeting with a small set of points to talk about. Then, for each of these points, we ask the question “Is there anything we can learn here to become better in the future, or is this problem just a one-off occurrence?” We take this small list of lessons we have learned and then do what I think is often the most critically overlooked task. The next time we do a retrospective, we ask ourselves if we adhered to the lessons we learned previously. Forcing ourselves to do this so often that it has become a habit are the tactics that make the strategy work. We make mistakes all the time. But it is rare that we keep repeating the same ones.

This seemingly obvious lesson is apparent in many different venues of our lives. Real-Estate markets are far more robust when they grow a little bit every year rather than shoot up in a bubble. Personal relationships built on years of trust-based interactions can far better survive adversity than short intense ones can. In construction, if you dump a ton of sand and then walk on the pile you will sink; if you put the sand down in layers separated by something like paper, you can drive a truck on it with confidence it will not sink. Even in scientific research, we often make our greatest progress not by making the rare huge leaps forward but by metaphorically standing on the shoulders of those who have come before.

So, the takeaway for those who have started Scrum and are in the swamp is to stay the course. Keep being honest internally and push self-examination on the team. Glaciers may start out moving slowly but are a fairly irresistible force once they get going.

For anyone else, the more generalized lesson we have learned that I want to share is to avoid getting obsessed with quick fixes. Small constant adjustments over time are far more effective. Again, this may not sound sexy, but perhaps the success it will bring is.