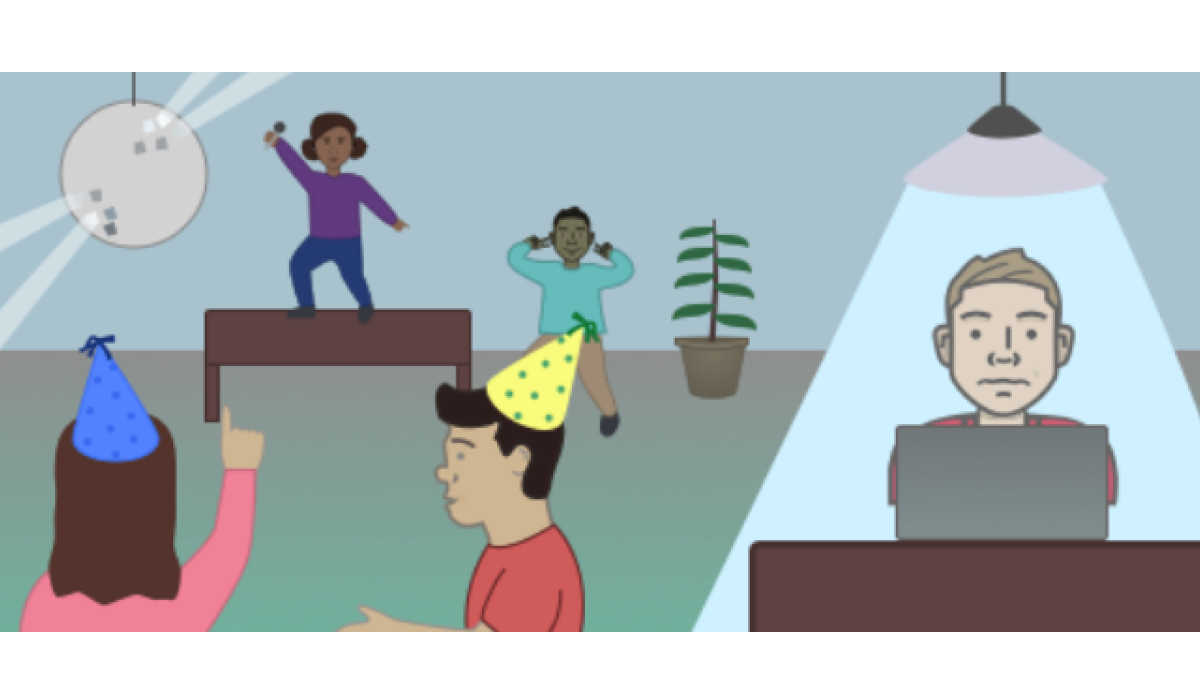 We're proud to be party crashers

Whether it’s in the workplace or in our social life, we all just want to be like the cool kids. At one time or another, we’ve all been preoccupied with the idea that someone, somewhere, is having a better time, making more money, or leading a more exciting life than us.

If you are unfamiliar with the term FOMO, you are missing out. Literally.

This phenomenon is nothing new, it just has a new label – the fear of missing out, or FOMO for short. In economic terms, it’s referred to as “opportunity cost” – choosing one alternative necessarily means not choosing a different alternative. But it’s really more of a psychological phenomenon. At its core, it’s the modern take on “the grass is always greener on the other side” effect.

Whether it’s in the workplace or in our social life, we all just want to be like the cool kids. At one time or another, we’ve all been preoccupied with the idea that someone, somewhere, is having a better time, making more money, or leading a more exciting life than us.

In the workplace, this obsession can manifest itself in a number of different ways:

A cause for concern?

FOMO is real and it sucks. It can be debilitating and all-consuming.

When you spend your time worrying about what you might be missing, you end up missing things. It’s really quite ironic. And when the little voice inside your head urges you to suppress those obsessive and compulsive thoughts, they pop back into your head stronger. As evidenced by thought suppression experiments, when people are told not to think about a white bear for example, they end up thinking about it more frequently in a given time period.

As social beings, we’re constantly comparing ourselves to others. Particularly those with who we interact regularly.

In the workplace, with the current trend of open-concept office space, FOMO is particularly challenging. Overhearing snippets of conversations and meetings or getting a glimpse of someone’s computer screen can provide a wealth of knowledge about what the other guys are working on. While this might keep you in the loop, it can also give rise to the feeling that you’re missing out on some of the fun, new, and exciting projects.

But FOMO isn’t all doom and gloom

There is an upside to this complex phenomenon. The fear of missing out is also an incredible motivator.

It encourages us to be more socially active. It drives us to lead richer lives, filled with interest, excitement, and pleasures. It motivates us to develop ourselves to the fullest extent. It encourages us to reach achievements that reward us with feelings of satisfaction and worth.

At work, this can translate into better collaboration between team members, more sharing of ideas, and better overall team morale.

So we embrace FOMO

At Jonar, there’s no R&D side or Marketing side or Operations side because we’re all on the same side. Instead of letting FOMO fester in negative ways, everyone’s invited to crash the party.

We recognize that these anxious and fearful feelings can get in the way of workplace productivity – constantly worrying about why you weren’t included in that meeting won’t do anyone any good. We also acknowledge the motivational value that accompanies it.

So, we don’t fight FOMO. We embrace it.

If there’s a meeting taking place that you wanted to be a part of but weren’t invited to, crash the meeting. If two of your coworkers are working on a really exciting project that you want to get involved with, all you have to do is say so. If you have insights or knowledge that will be helpful to another team’s work, jump in on the conversation. Share what you know.

At Jonar, we’re all a bunch of party crashers and we’re not ashamed of it.